(In collaboration with Mike Lewis, founder of the When to Jump movement and author.)

“Is this it? Is this what the rest of my life is going to look like?” That’s the question we all keep asking ourselves: What does it mean to live fully and build a career that helps you reach your goals?

Of course, it all starts when you’re just a kid. Think back to when you were eight years old. You started taking swim lessons when you were six, but had never ventured toward the diving board. Suddenly one summer day you find yourself on the high dive—the one the older kids leap from with abandon. You hear them from various places in the pool, taunting you to dive. Suddenly you realize there’s no turning back, and you muster all your strength, energy and courage. The next thing you realize is that you’re submerged into the deep blue water, coming back up for air. You did it.

Now you’re 14. You stand in front of your classmates—some who you’ve been going to school with since kindergarten—and begin the speech you’d written and practiced the past few weeks. You’re running for class president, and you suddenly realize that the process of giving your speech is much more daunting than the prospect of serving as president. You see all your classmates’ eyes upon you, some nearly boring into your soul. You start thinking about why you wanted to run for the position to begin with, and then, with nowhere to hide, you hesitate and falter. But you get through it. 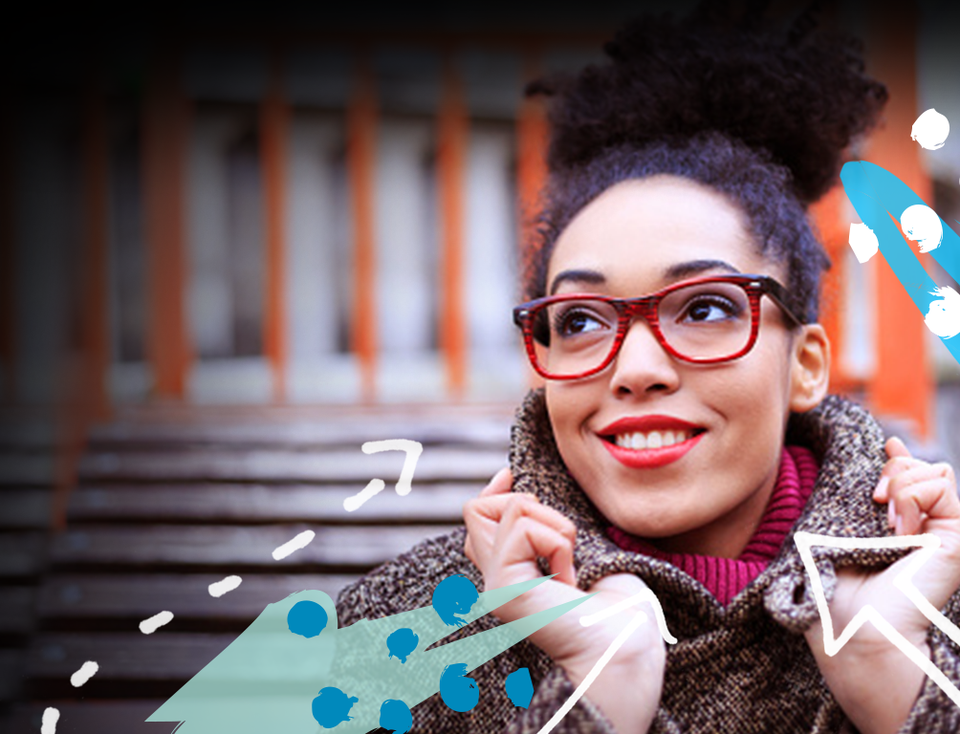 It is present day—you’re 16, or you’re 23 or perhaps you’re 41. You are in high school, or maybe you have dropped out or tried community college and gave up because life got in the way. You are in your first job, which you feel grateful to have, but you do not look forward to going into your workplace every day. You wonder what kind of job you’d have if you’d enrolled or ideally finished the college program you really wanted—not the one your friends guided you toward or the easy one because the school was down the street. Or you’re in your third or fourth job, and your second career, and you’ve realized that what you’re doing doesn’t make you truly happy. You think back to your ‘younger’ years, which held so much promise, and you think, “Is this it? Is this what the rest of my life is going to look like?”

It’s a very good question to ask. In fact, it’s a question so basic to human happiness that an entire movement has been created to help people just like you examine their lives and their hearts, and determine if they are in fact doing what they should be doing with their lives.

The movement (and the new book) is called When to Jump, and it was founded by one of us and followed by the other.  Here are our stories:

Mike Lewis: I was a 24-year-old who already had started on a “great” career path, working as a startup investor at a major venture capital firm in Boston. But I felt a nagging voice in the back of my mind that grew more persistent over time. What I really, truly wanted to do was to become a professional squash player. Yes, squash—that sport using fragile-looking rackets and airless rubber balls.

As I seriously considered leaving a comfortable position in venture capital for the unknowns of the professional squash circuit, I did something first that made all the difference: I started asking people who had left the security of their current jobs to take a leap into the unknown and follow their passion to the career of their dreams how and why they did it. What I learned was what spurred me on to do it myself:  I found out that while taking this leap into the unknown is scary—like taking your first black diamond run, speaking in front of all of your classmates or leaving your good job to pursue a different dream—the reward is nearly always worth the risk. And perhaps even more important:  the risk of pursuing your dream and failing versus ignoring or trying only half-heartedly is still worth it.

So I did it. I became a professional squash player, traveled the world for tournaments, and came back. Along the way I realized he had an obligation to share what he’d learned about taking a jump and pursuing his passion with others—and especially with younger people who are at a crossroads in life.

Frank Britt: There I was, sitting in an office perched high above the Boston city skyline, doing what I had only dreamed of years before. Many career paths of high-achieving individuals would happily end right here. I set out to meet a goal of running a major company, and I achieved it, and one-upped my original goal by joining a leading investment firm. Yet, in my heart of hearts, my story didn’t feel complete. I realized I wasn’t done. I had yet to achieve my best and highest professional purpose. 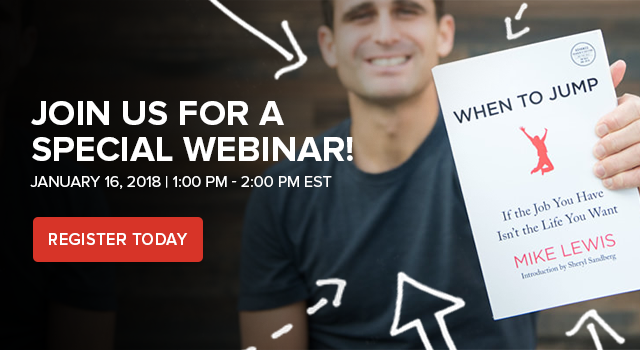 Of course, it would have been much safer financially to stay: I had a wife and kids about to go to college, and was only at the investment firm a short time. But I heard a persistent voice that I couldn’t ignore, and I jumped because I believed it would ultimately make me a better person, husband, and father.

I landed as the leader of an institution focused on helping to transform the lives of the often left-behind and at-risk young adults looking for an on-ramp to a career trajectory. My new focus was to help others find the means to make the jump themselves.

So what about you? Did you quash a dream because people in your life told you it was impractical or silly? If that dream continues to haunt you, it’s worth paying attention. This is your opportunity, now, to figure out whether you should chase that dream, and when to jump. Here a few guidelines from Mike’s book:

Frank is CEO of Penn Foster, a leader in career-focused online and blended education. Students, employers and organizations rely on Penn Foster to build the skills and knowledge to power the 21st century workforce. For over 125 years, we have been dedicated to helping people lead more meaningful and productive lives and improving social outcomes through education.